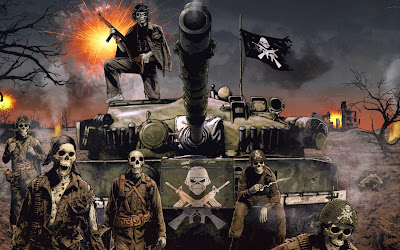 Friday the 13th festivities begin, teens dumber and more juvenile than ever 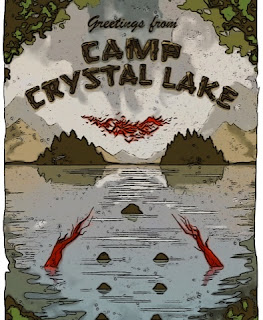 Chief executive of the Camp Crystal Lake Safety Council, Isa Nyonethere, says making it home this weekend to your psycho family and friends without getting decapitated or lit on fire is far more important than coming home with a few more notches on your machete handle. Nyonethere’s warning this Friday the 13th comes on the heels of past Friday the 13th seasons where smarter, more responsible teens have defeated our kind with little to no gratuitous gore at all.

However, Nyonethere is happy to announce that this season’s batch of campers is dumber and more reckless than ever. Hockey mask-wearing guys (and even gals) who don’t die should be ready to wreck shop.

“These kids are coming up to the lake with bikinis and booze,” Nyonethere said. “You can count on one thing: they’ll be choosing indulgence over smarts. So all you slasher psychos better capitalize on that.”

According to the camp ranger’s office, the easy targets are coming in droves. They’re even bringing little dogs that’ll eventually get lost so some poor idiot has to go out in the dark woods after them, calling for them loudly, presenting him or herself as easy bait.

“It’s going to be a good Friday the 13th holiday,” the ranger said. “The weather should be perfect.”

Reports show a nasty rainstorm on the way. It should hit right before nightfall.

“Still, these kids are showing up,” Nyonethere said. “Anyone or anything with a machete will have plenty of opportunities to cut the power to the cabins, and these kids will think it’s just the weather. Then you can go in for the cheap scare.”

Nyonethere reminds all monsters to take advantage of lightning flashes.

“Once you’ve cut the power,” Nyonethere said, “be quick to frame yourself outside cabin windows. Then strike a terrifying pose with a pitch fork or some other unique tool of terror and wait for the lighting to illuminate you for a frightful reveal to the campers inside.”

Scantily clad, bosomy teens arrived at Camp Crystal Lake early this morning, making out with each other and ready to cause mischief.

“We’re gonna do whatever we wanna do,” said one teen. “And we’re gonna get away with it because I seriously doubt all those stories about stupid campers getting massacred are even real.”

Friday the 13th festivities end tomorrow morning at 5 a.m. But there’s no harm in one last jump scare over the weekend when survivors and local police are walking over your brutally massacred corpse with the lame assumption that you’re actually dead.