Victim at large in Camp Blood 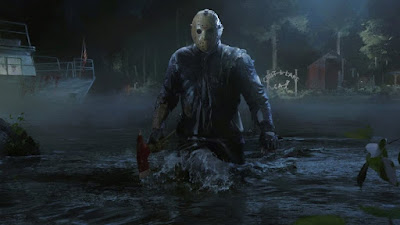 CAMP BLOOD — It’s only the morning of Friday the 13th and Jason Voorhees has already got a 17-year-old female victim at large, Camp Blood officials said in a report.

According to Jason’s dead mother, the victim, Betsy Bottoms, showed up last night with a group of teenagers. They were drinking, making out and skinny-dipping in the lake, she said.

“Jason was able to pick off a few of the little brats late last night while they were swimming, but one of those little hussies got away,” Mrs. Voorhees told Jack-o’-Lantern Press in an interview from her grave. “She even managed to stab my little boy in the eye with a pair of hedge shears. His eye will grow back in a sequel, no doubt, but that’s not the point. Those things are sharp!”

Camp counselors said they expect a storm tonight, which should kick up right as it gets dark — in true Camp Blood/Friday the 13th fashion. They expect Jason to catch up with Ms. Bottoms before the night is through.

According to Mrs. Voorhees, Jason is currently lying dormant during the day, but he’ll be out soon to finish unsettled business with little ol’ Betsy, don’t you worry.

Camp Blood officials ask that if you see Ms. Bottoms or have any tips, please contact the Friday the 13th Special Victims Stalker Unit at FT13SVSU@CampBlood.mon using the Monster World Wide Web. They also advise psycho slashers out there to make wise choices by picking off victims during jump scares. Helpless teens are less likely to stick you with garden tools if they don’t know where you’re coming from. 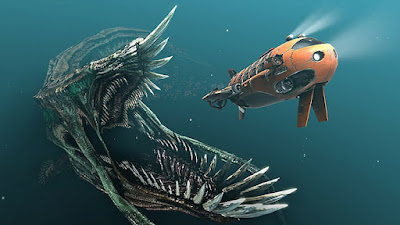 MONSTER ISLANDS — Join the Jack-o’-Lantern Press Podcast for a voyage through liquid space on this Monster Monday. First-Class tickets are cheap and the U.S.S. JLP submarine is now boarding wherever you listen to podcasts. 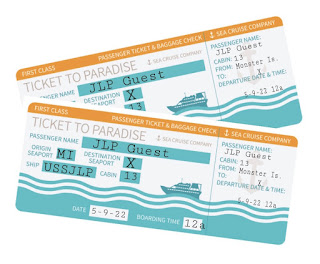 This is the first in-monster cruise since before the pandemic. As we return to “normal,” be assured that all abnormal cruise members and guests must be vaccinated, all surfaces aboard the water vessel are disinfected every 666 seconds and Halloween masks are mandatory. That’s because Paradise Cruise Services has your safety as their No. 1 priority. And that’s too bad because that defeats the purpose of the cruise, which is why this particular voyage to “paradise” is going to dive into even deadlier waters, where guests will face off with a variety of bloodthirsty water monsters in oceans and seas, lakes and rivers and swamps. Bad luck to you!

Click HERE to take the voyage on Apple podcasts.

It’s Monster Monday. You’ve made it through Transylveinya to the Monster Islands Docks. Time to get your sea legs (no land lovers here). Your skippers welcome you aboard the U.S.S. JLP. Once inside the submarine, make yourself uncomfortable in Cabin 13. Next stop: THE UNKNOWN. 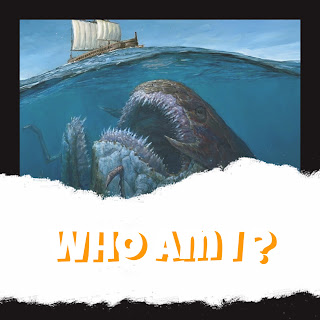 Posted by Jack-o'-Lantern Press at 8:40 AM No comments: