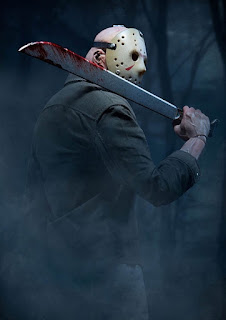 The slasher psycho who wields a machete on this day of all days was once a hero in the monster world and the human world alike. His assaults on misbehaving teens, especially women whom he chased and would easily catch when they totally expectedly tripped over nothing, has been regarded as pure evil, a maverick in his field. Jason Voorhees, however, has now been charged with harassing and assaulting at least a dozen women, and many worlds are in shock.

The Friday-the-13th killer’s accusers claim he gave unwanted chase, lifted them up by their necks and sliced and diced them inappropriately. This case is going to court, and fans of Jason said they didn’t see this coming.

“We always thought he was the coolest of all the slasher psychos,” said fanboy and fellow terrorizer Jigsaw. “I think I speak for so many others when I say that we are shocked and even ashamed to be in league with someone like that.”

Asked if he’d be resigning from his position at Camp Crystal Lake, Jason had no words. He simply hacked up reporters in that Jason-like way we all know, love and respect. It seems that until someone brings him down, Mr. Voorhees will be conducting business as usual on the lake. Make all camping arrangements through Jason’s monster world website at CampingToursToDieFor.mon. Happy Friday the 13th!